Breaking Down the Different Species of Ticks in the United States 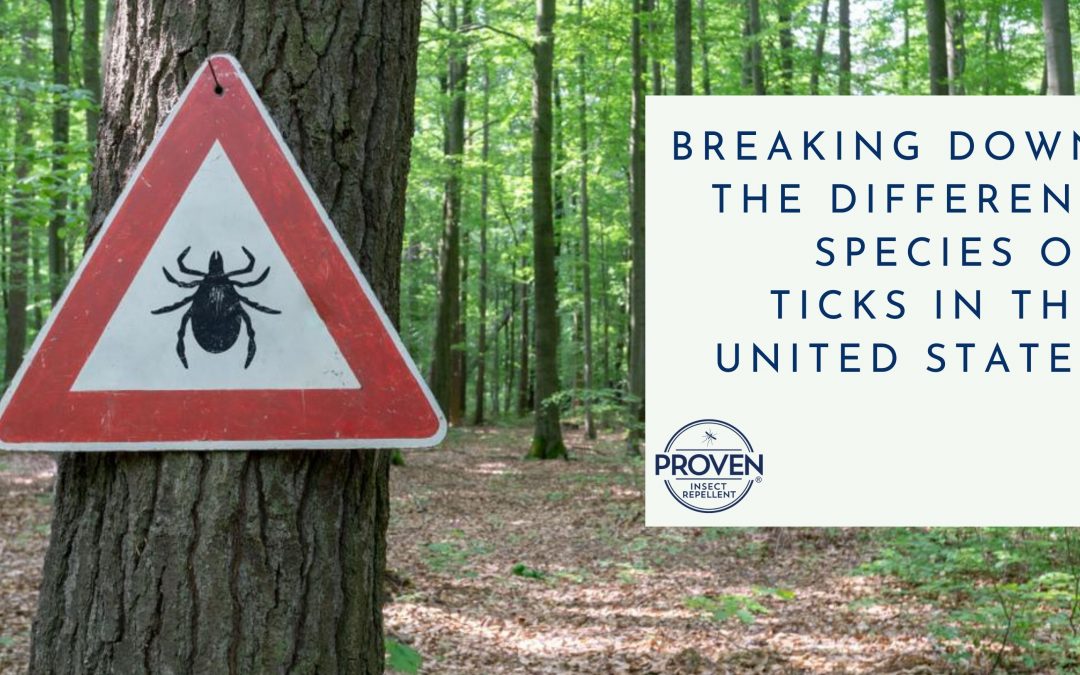 While there are over 900 different known species of ticks globally, less than 60 of them have been found to bite human beings and transmit disease. Of these, less than ten are considered common in the United States. The following are the different species of biting ticks commonly found in the US, along with the regions where you’ll find them and the diseases they can transmit.

Note that none of the below-named ticks are found in Alaska, while the brown dog tick is the only one listed that you can find in Hawaii.

Found east of the Rockies and in certain parts of the Pacific coast, the American dog tick (also known as the wood tick) can transmit tularemia and Rocky Mountain spotted fever. The greatest risk of a bite from an American dog tick occurs during spring and summer.

Also known as the deer tick, the black-legged tick is found in the eastern half of Canada and the United States and can transmit Lyme disease, Powassan disease, babesiosis, and anaplasmosis. The biggest risk of a bite from a black-legged tick occurs during spring, summer, and fall.

Found throughout the US, the brown dog tick can transmit Rocky Mountain spotted fever. These ticks prefer biting dogs but will bite humans too.

Found throughout the eastern half of the United States, the groundhog tick (aka the woodchuck tick) can transmit Powassan disease.

Found in the eastern and southeastern US, the lone star tick can transmit tularemia, southern tick-associated rash illness, heartland virus, and ehrlichiosis. The lone star tick is uniquely aggressive and, in addition to transmitting diseases, its bite can cause redness, discomfort, and irritation at the site.

Found in the western part of the US and portions of southwestern Canada, the soft tick can transmit tick-borne relapsing fever.

Found along the US Pacific Coast, the western black-legged tick can transmit Lyme disease and anaplasmosis.

The best protection from tick bites and the diseases ticks carry is a multi-pronged approach that includes familiarizing yourself with the types of ticks common in your area, what they look like, and the times of year most likely to bite. In addition, reduce the abundance of ticks in your yard by clearing yard waste and keeping outdoor greenery trimmed. Wear protective clothing whenever you go outdoors and scan your body for ticks every time you come back inside.