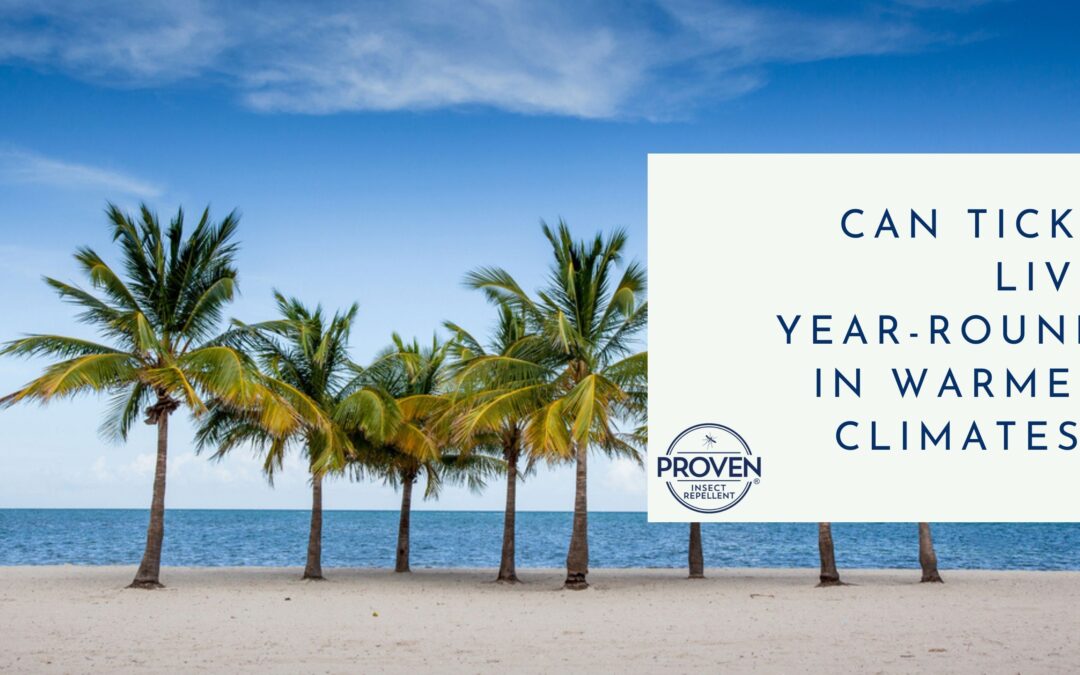 Contrary to popular belief, ticks are not just a seasonal phenomenon. Although wishful thinking may make us believe ticks die off in the fall, it takes more than the first frost to deter these pesky insects. In fact, that is precisely when the prime feeding activity for some of them begins, including the adult black-legged tick, or deer tick, responsible for spreading Lyme disease.

When you think about it, the reasons are obvious. Deer ticks feed, primarily, on deer, and deer are most active during the fall. For lack of any deer nearby, such as in warmer weather and warmer climates, deer ticks will subsequently seek out other potential hosts, including human adults and children and pet dogs.

Don’t let the fact that you don’t have deer in your area make you complacent, though. For lack of deer to use as hosts, deer ticks will also attach themselves to white-footed mice and birds. As a case in point, a 2017 study published in Parasites and Vectors found a heavy concentration of ticks in urban environments. Subsequently, it concluded that people living in cities need to be made more aware of the presence and danger of ticks.

While, in cooler climates, Lone Star and American dog ticks go inactive during the autumn and winter, deer ticks will lie dormant when the temperatures fall below 35 degrees F or if snow is covering the ground. That means, in warmer climates, where it’s uncommon for snowfall to stick (or even occur) and temperatures don’t typically drop to freezing levels, deer ticks have no reason to go dormant.

What’s more, deer ticks will come out of dormancy as soon as the temperatures start warming back up. It takes several days in a row of sustained temperatures lower than 10 degrees F to kill a deer tick.

The fact is that warmer climates offer no protection over colder climates against ticks. Instead, ticks can reproduce and proliferate at a faster rate in warmer temperatures. Former US Centers for Disease Control and Prevention (CDC) Environmental Health Director Dr. Howard Frumkin was recently quoted in the Boston Globe as saying that ticks fare better in warmer temperatures. The CDC also reports that Lyme disease cases since the 1990s have more than doubled, with around 325,000 new ones reported each year.

Don’t let the weather lull you into a false sense of security. Protect yourself, your children, and your pets from ticks all year round, especially if you live in a warmer climate where ticks can indeed be abundant throughout.

One way not to worry about the climate or time of year when you go outside is to use a tick repellent, like Proven Repellent, as a DEET-free insect protection spray containing effective Picaridin, a synthetic of black pepper, as its active ingredient.