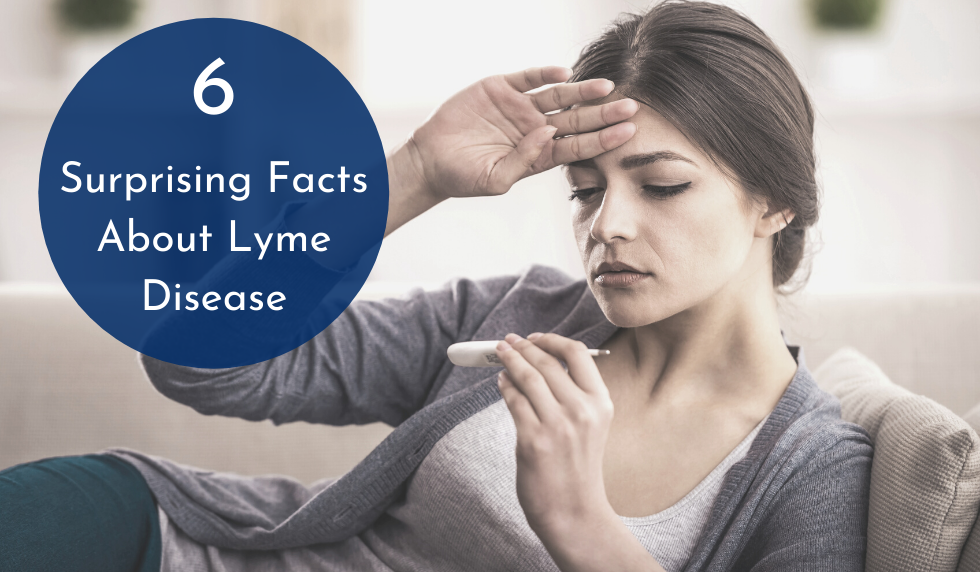 Although Lyme Disease is a widely-known disease transferred to humans from infected ticks, there are a lot of myths surrounding Lyme and how it affects us. These interesting facts may surprise you!

You don’t have to live in New York, Maine, Connecticut, or one of its neighbors to be at risk of contracting Lyme disease. In fact, Texas has one of the highest incidences of tick-borne diseases. The Pacific Northwest and Upper Midwest also have higher reported counts than elsewhere, although Lyme disease has been detected in every state except Hawaii.

You are immune from tick bites and tick-borne disease just because you don’t live or recreate in a woodsy environment either. Tall grass, shrubbery, and even home and park landscaping can be prolific hosts to Lyme-disease-carrying ticks. If you have pets, your pets can pick up ticks in environments you may not even personally ever enter and bring them into your home to transfer to you.

In addition, deer have increasingly come in closer contact with human society and civilization due to a loss of habitat and suburban encroachment. Deer are a common host for Lyme-disease-carrying ticks, and the population of deer and ticks in an area tend to parallel one another.

You cannot get Lyme disease from a tick you properly remove from your skin shortly after it bites you. For a tick to infect you with Lyme disease, it must maintain its bite for an average of 36 hours.

Lyme disease’s potential symptoms are vast and varied and range widely in degree, which means you simply cannot diagnose Lyme disease based on an assessment of symptoms. The only way to be sure a person has Lyme disease is with a blood test.

You can further protect yourself from tick bites that may transmit Lyme disease with DEET-free, scent-free tick repellent Proven Repellent.