The Worst Month for Mosquitos in The United States 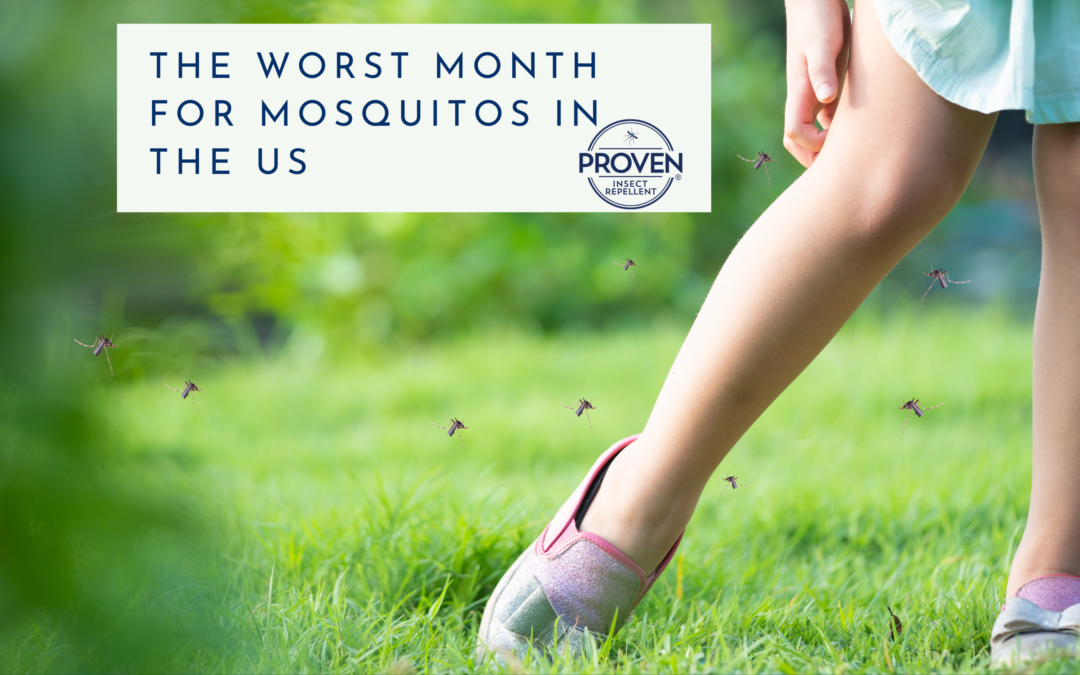 Is there such a thing as “mosquito season?” In the United States, at least, there is.

There are 176 different known species of mosquitos in the US. Several of these can carry illnesses like
West Nile Virus, Zika virus, eastern equine encephalitis, and chikungunya that they can then pass on to
humans and other animals. Every year, more than 1,000 Americans get seriously ill or die from a
mosquito bite.

Protecting yourself from such harm requires understanding when and where you’re at the greatest risk
of mosquito bites and how to protect yourself when in those circumstances.

Mosquito Season in the US

Mosquitos tend to hibernate in the cold weather, which means they’re less common in the wintertime.
Winter is also when mosquito eggs laid before the season set in germinate to hatch in the spring.

That means mosquito season in the US, or anywhere, is the warmer season, starting when the
temperature breaks about 50 degrees Fahrenheit. As mosquitos thrive in the warmth, the height of
mosquito season is the heat of summer.

The Worst Month for Mosquitos in the US

In Hawaii and the southernmost parts of the US, mosquito season starts in early February, while in
Alaska and the northernmost parts of the US, it starts in early May. In the middle regions of the country,
mosquito season can start anywhere from early March through late April, depending on how southerly
or northerly the state is. The hottest month of that region’s summer is, then, the worst month for
mosquitos in that region, generally ranging from May through August.

Mosquito season ends, likewise, when the temperature drops below about 50 degrees Fahrenheit.
When the first frost hits, you can be pretty sure the worst of mosquito season is behind you. That said,
mosquitos have been known to emerge from hibernation during sudden warm periods and return to
hibernation only when the temperature once again drops, so no season or month is completely exempt
from potential mosquito activity.

How to Protect Yourself from Mosquitos

The best way to protect yourself from mosquito bites is by using a quality mosquito repellent every
time you go outside. If you’re looking for an alternative to DEET-based mosquito repellent, you can
try Proven Repellent, a Picaridin-based bug repellent that is equally or more effective and longer-lasting
for protection against mosquitoes and ticks.